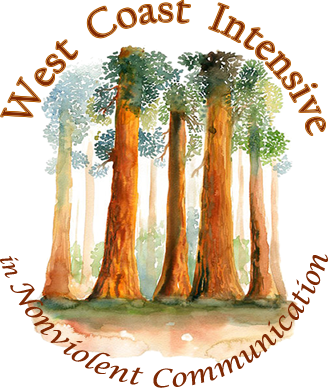 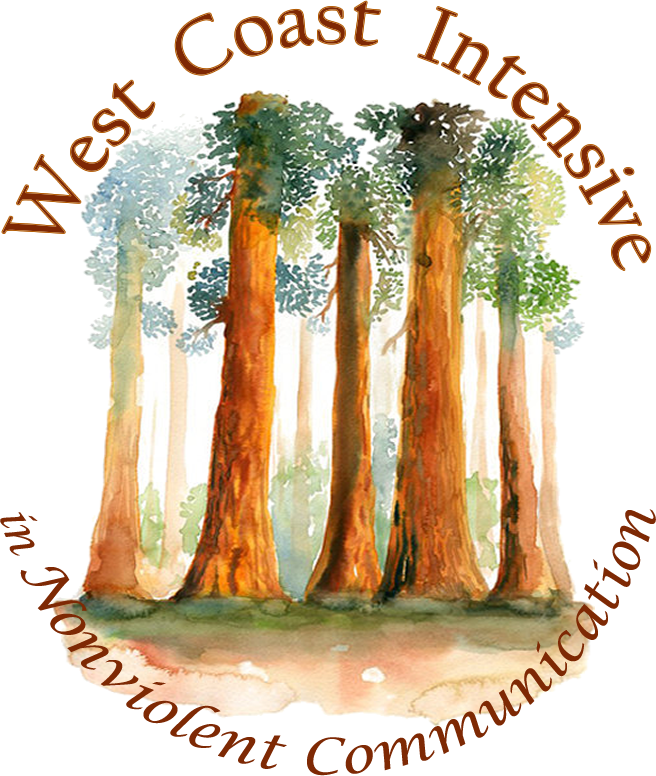 Showing Up Fully with My Dad

Showing Up Fully with My Dad

When I first began to immerse myself in the study of Nonviolent Communication, I faced a dilemma that I think is not uncommon. I was excited by what I was learning and saw the potential it had for completely transforming the relationships in my life. So of course, I was thinking that it could help my connection with those closest to me, and with those with whom I have the longest history, such as my family. On the other hand, I was new at this and it seemed like the stakes were high in these relationships, considering how awkward and inelegant I felt with this new way of relating to myself and to others. Could I really risk it with my family?

Within a few months of first hearing about NVC, a trainer with whom I was learning made an unusual suggestion: for the first six months, practice with other people, such as bank tellers or grocery store clerks, before you try NVC with your family. While I think that this was said at least partly tongue in cheek, I can see that there is some wisdom in this. It does tend to take a bit of practice before the clumsiness of learning a new language gives way to a naturalness and ease with NVC.

Full disclosure: I did not follow this advice, and ultimately, I am glad that I didn’t. Relatively early in our study of NVC, my partner Ranji and I began to talk with my parents about it. I was nervous about that; having grown up with the habit of keeping things pretty much to myself, it was scary to try to show up more authentically and vulnerably. It was well outside my comfort zone. It was also well outside my parents’ comfort zone, 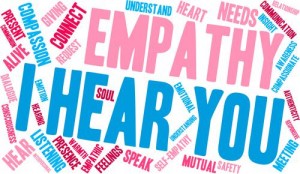 As part of the two different year-long programs in which Ranji and I participated that first year, we each had empathy buddies with whom we had a call once a week to practice and receive empathy. These calls were key to my growth, not only for the skills which I was able to master through practice, but also for the resilience that regular empathy fosters. In these calls, others simply remained present with me and helped me to connect with what was important to me, namely my needs, in the situations we were discussing. This was a new experience for me and, through it, I began to untangle some of the stories I had held for a long time, stories about myself and the world which did not contribute to ease and flow in my life.

After we had been practicing empathy with our buddies for long enough to begin to see the difference it was making in our lives, one of us (I like to think it might have been me, but it seems much more likely that it was Ranji) suggested having regular empathy calls with my parents. The idea seemed revolutionary to us who had been studying NVC intensely for a while by that point. How would it seem to my parents? Would they be willing to do it?

I honestly didn’t think so. My parents had had some exposure to NVC through their Thich Nhat Hanh sangha, some of whom had begun to study Marshall Rosenberg’s book, Nonviolent Communication: a Language of Life, and to practice amongst themselves. They had brought a facilitator in to present NVC to the larger community and, at least for my father, the results had not been satisfactory. The facilitator had not explained the basics of NVC clearly and he went away from the training less clear about things than he had been – not even sure that NVC would help him very much. That, and his English upbringing which discouraged talking about or even openly showing emotion, left me doubting that he would respond enthusiastically to our invitation to have empathy calls.

But he surprised me. To be honest, I can’t really say that my father responded enthusiastically to the idea – but then again neither did I. I thought it would end up helping us, but I imagined that it would be really hard and scary and was not exactly running eagerly toward the idea. So, with all of us willing – and with Ranji and my mother perhaps a little more eager about it – we started having regular four-person empathy calls. 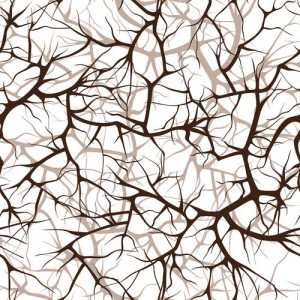 There were certainly hard and scary moments during these calls, moments when I was wondering what I had gotten myself into with all this. There were times when I slipped into old habits and it seemed like the established patterns of communication between me and my parents were too solidly in place to shake loose – moments when I held back on full authenticity, worried about how it would be received. Yet, these were outweighed by a long way with moments of connection and understanding and intimacy which I had until then not experienced with my parents. These calls showed me that by sticking to the process in the difficult moments, we can come through to the other side, to more closeness and insight. I told my parents things about myself which they hadn’t known before – things which I hadn’t had the trust in my sense of mattering to talk about with them.

It is sometimes a challenge for me to keep this in perspective since my habit from early on (and I take after my father in this) is to remember much more easily the negative rather than the positive experiences. I know that I have had a lot of movement in transforming this habit of thinking, yet sometimes I need a bit of help in remembering. Having empathy buddy calls had started creating new mental habits (some might call them new neural pathways), and I was hoping for the same with my father.

This was one of the first times I experienced the power of vulnerability in fostering resilience. It seems 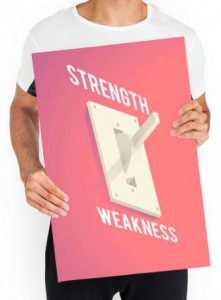 counter-intuitive, yet practice has shown me time after time that stepping into what seems like the scariest and shakiest position is often the surest way to strength. I have found that the times I have been willing to be most vulnerable, to open up rather than cover up, have been the times when I have most connected to others. The connections interweave to give me a sense of being more connected in the world in general, a sense of connection that I can rest into. This connection with others strengthens my ability to ride out the rough moments in life.

There was another moment with my father when this point was brought home to me, when he had the courage to step into vulnerability. While they were visiting us in Berkeley, my parents came with us to a day-long workshop with NVC Trainer Miki Kashtan. During the lunch break, my father was saying that he was confused and really wasn’t following a lot of what was being discussed. He was feeling frustrated, and we encouraged him to go and ask Miki about this at lunch since she had invited questions over the break. He said that no, he couldn’t do that, he’d rather just try to figure it out himself. I was disappointed, thinking that he would spend the rest of the day confused and getting little out of the remainder of the workshop.

As people were settling in their seats for the afternoon session, Miki asked if anyone had any questions and, out of the corner of my eye, I saw someone near me put their hand up. I turned just in time to see my father quickly bringing his arm back down. By that point others had raised their hands and I almost shouted out, “Hey, my dad had his hand up!” Here he was actually almost asking a question and the moment was passing. But it didn’t pass – Miki had seen his hand and she asked him what his question was. He started saying that he really wasn’t sure he was following… and Miki stayed with him for over forty-five minutes. It was at times uncomfortable for him, sometimes excruciatingly so, but he hung in there. Knowing how important it was to my father to be seen as having it together and understanding, I knew what a stretch this was for him. He stayed in what was for him the extremely vulnerable position of admitting confusion and came out of it not only understanding more, but feeling more connected to the group. He was unsure that the time spent with him had been of much use to the others there, but after the session many people came up to him to tell him how moving and inspirational it had been for them. He saw that when he was willing to be vulnerable, it benefited not only himself but others around him as well. And, for probably the first time in his life, he experienced mattering in a group just for himself, not because of his skills or his education – just for himself. I’m so glad he had this experience, a life-changing one for him. 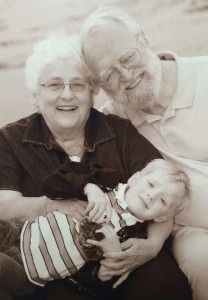 I feel so appreciative for the efforts my Dad made to meet me in this new and unfamiliar place despite the discomfort that going there cost him. My father died a little over three years ago, and I know that it was his efforts toward finding a new way of relating as much as mine that led to us knowing each other better in the years before he died. For this, I feel deeply grateful.